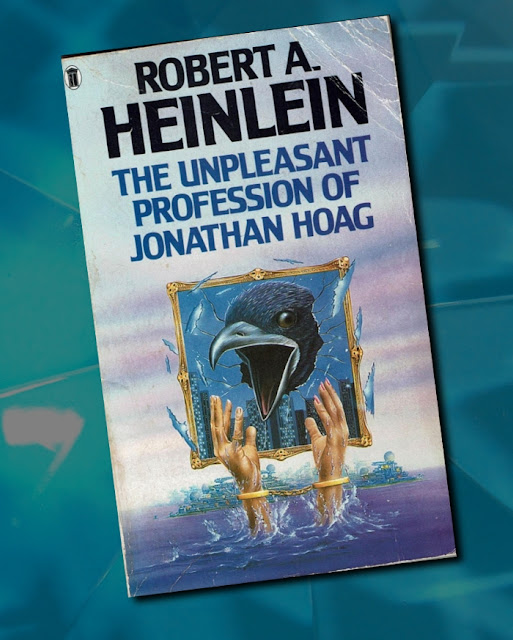 THE UNPLEASANT PROFESSION OF JONATHAN HOAG (1959) by Robert A. Heinlein
This book (which has been reprinted many times) contains the novella ”The Unpleasant Profession of Jonathan Hoag” - plus several short stories by the same author.
The title story is strange, but in a good way - an early example of ”urban fantasy”. It leaves you with a sense of deeper mystery, like a memorable episode of THE X-FILES.
Among the other featured stories, these two really stand out:
”And He Built a Crooked House” (1941) – An architect builds a house that accidentally becomes four-dimensional, with bizarre results. I found it very funny.
”All You Zombies” (1959) – This time-travel story is perhaps the weirdest thing Heinlein ever wrote, and some readers might be put off by just how far down the rabbit hole it goes. The story was later made into the critically acclaimed movie PREDESTINATION (2014).
Recommended for readers of ”weird fiction” and mind-bending fantasy.
#bookstagram #bookstagrammers #bookreviews #bookreview #books #literature #sciencefiction #aliens #fantasy #robertaheinlein #theunpleasantprofessionofjonathanhoag #allyouzombies
Posted by A.R.Yngve at 9:24 AM