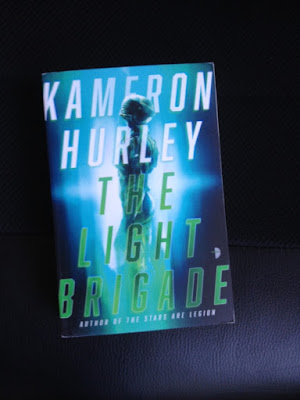 Book review:
THE LIGHT BRIGADE (2019) by Kameron Hurley
I have met Kameron Hurley in person, when she visited Sweden for a convention; she seems sympathetic and has a healthy sense of humor. She has diabetes and her work pays for the expensive medication, probably overpriced in the U.S.; she literally writes to live.
I only wish her well.
So when I realized that this review wouldn't exactly be glowing, I had a crisis of conscience. Should I lie and say I loved the book, out of sympathy (and to help pay for that overpriced medication)? That would be condescension, which I'm sure the author would've disliked anyway.
In any case, one should not confuse the artist with the work. So with a guilty feeling in the back of my head, here's my (more or less spoiler-free) review of THE LIGHT BRIGADE...
This novel can be seen as part of several ongoing ”conversations” between American science fiction writers, an interplay of ideas, which have been going for quite some time. 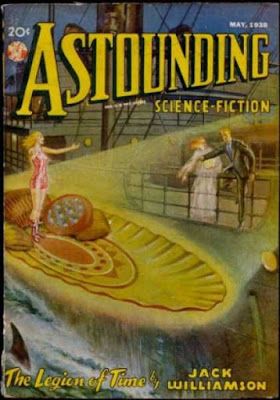 One such ”conversation” is about time travel – a theme that lends itself to paradoxes, mind games and questions about free will versus predestination.
Another such conversation, which Robert A. Heinlein set off in the 1950s with his novel STARSHIP TROOPERS, deals with militarism and war. What is the role of the military in society and in the future? Will there always be war?
”Military SF” is a very popular SF subgenre that lends itself to political themes as well as... questionable ideas and violent adventure stories.
The combining of future war and time travel began with the novel THE LEGION OF TIME by Jack Williamson (originally a serial in the magazine ASTOUNDING SCIENCE FICTION).
The ”time war” theme has since been used again and again – notably in Joe Haldeman's THE FOREVER WAR and Fritz Leiber's THE BIG TIME – and with recent books like THIS IS HOW YOU LOSE THE TIME WAR and THE LIGHT BRIGADE. 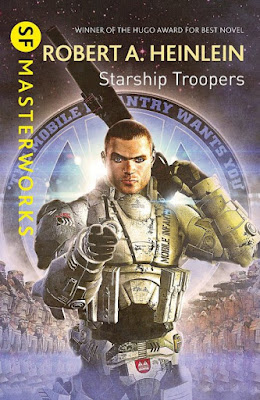 Full disclosure: I hate STARSHIP TROOPERS. I find it intellectually juvenile, dishonest, and wrote a damning review of it long ago. THE LIGHT BRIGADE seems partly to be a criticism of the political message and militarism of STARSHIP TROOPERS, which I don't mind one bit...
... but THE LIGHT BRIGADE also borrows some of the worst traits of Heinlein's famous novel: political sermons and ideas that don't really hold up to scrutiny.
I had to read THE LIGHT BRIGADE twice to fully make sense of it, since the time travel was treated in a very confusing way.
(That the narrative kept the time-traveling protagonist from knowing something as basic as ”What year is it?” made me suspicious – was this really a necessary plot device? Would a simple method to learn the date ruin the story?)
A second reading ultimately cemented my first impression: This novel has seriously mixed messages. It tries to say it is about human agency and ”empowerment,” while at the same time it tells the opposite story.
THE LIGHT BRIGADE is a time travel story of the kind where history cannot be changed. Therefore the characters are trapped by events... and yet the novel tries to pull off an ending where the protagonist puts on a narrative posture of ”taking control” of her own fate and becoming a force for change.
This didn't work for me; I felt cheated. (Did the publisher pressure the writer to make the ending more ”optimistic”?) I won't argue with a bleak artistic vision, that's fine – but you should own your vision, not try to present it as something else. 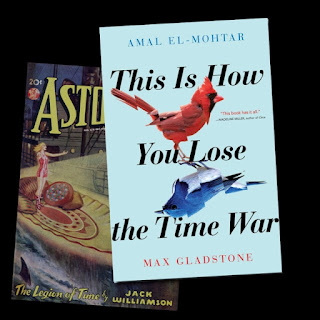 I think it's because THIS IS HOW YOU LOSE THE TIME WAR deliberately focuses on the characters and the relationship between them, and makes a point that the ”time war” is too confusing to fully understand.
Therefore the ”time war” isn't allowed to dominate the plot too much. Thus I cared for the characters; they were allowed space to develop an actual relationship. Their struggle to become agents of their own fate felt meaningful and moving.
THIS IS HOW YOU LOSE THE TIME WAR is beautifully written and has two highly intelligent, witty narrators. THE LIGHT BRIGADE has one first-person narrator; her ”voice” is monotonous, depressing and not very bright. She repeatedly fails to communicate with other characters or develop meaningful relationships with them.
As a consequence, I couldn't ”buy” that this person was capable of eventually saving the day.
And yet... there is a good reason to read THE LIGHT BRIGADE. For between the lines, it hides something more incendiary than what I've mentioned above.
The subtext, if you look for it, contains several current themes about politics, gender issues and society... and quite clearly suggests that despite the successful future eradication of racism and sexism, humanity is riding an atom bomb to certain doom while yelling ”Free markets, yee-haw!”
That subtext seems to represent the part of the ”ongoing conversation” where the author throws her drink in the face of another author – or perhaps in the faces of a Democrat and a Republican simultaneously – and screams: ”You're all screwed!”
I admire such valor.

Read the book and make up your own mind.
(A shorter version of this review can be found on my Instagram account.)
bookstagram #bookstagrammers #bookreviews #bookreview #books #literature #sciencefiction #timetravel #teleportation #dystopia #dystopian #kameronhurley #thelightbrigade
Posted by A.R.Yngve at 2:37 AM No comments:

Book review: MADE IN AMERICA by Bill Bryson 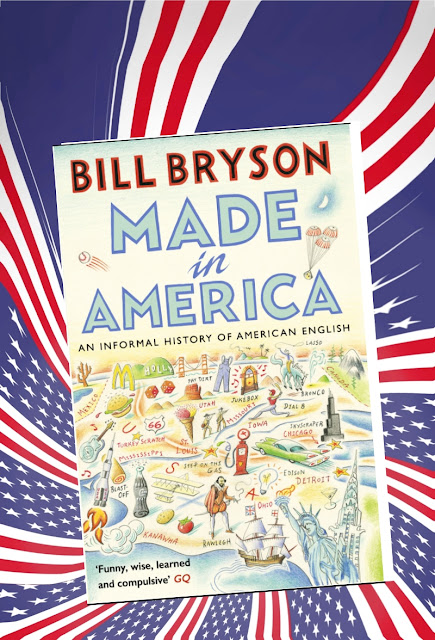 MADE IN AMERICA: An Informal History of the English Language in the United States  (1994) by Bill Bryson

This is a very enjoyable nonfiction book that I keep coming back to.
Bryson delves into the history of uniquely American language and culture, and the facts he uncovers are both funny and fascinating.

For example: where does the word "hamburger" really come from? What's the origin of slang terms like "hepcat"?

You'll love this book. I promise it. 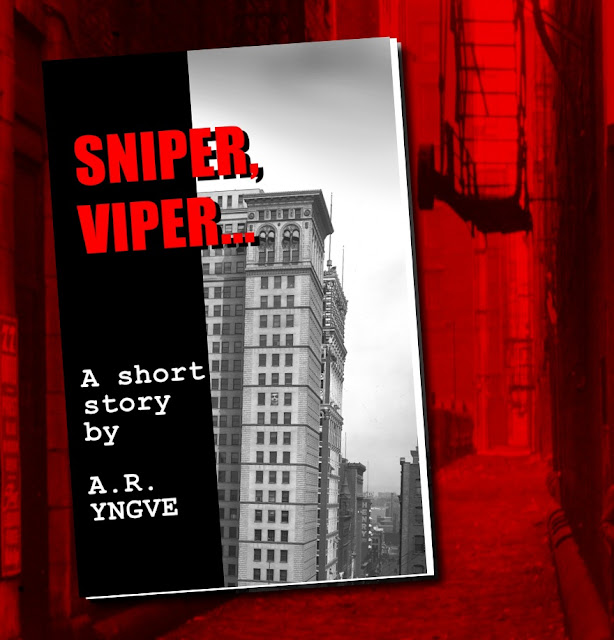 Book review:
DEFINITELY MAYBE (1974) by Arkady & Boris Strugatsky
The Strugatsky Brothers' novel ROADSIDE PICNIC was the basis for the Tarkovsky movie STALKER (though the book was very different from the movie).
This novel has a very odd and humorous premise: Some unknown force is trying to sabotage and distract scientists from making a grand breakthrough. These distractions grow increasingly absurd... until a revelation occurs.
The scientist protagonists live in 1970s Russia, a dreary place, and the strange distractions they suffer might be interpreted as a metaphor (i.e. being harassed and obstructed by the secret police). 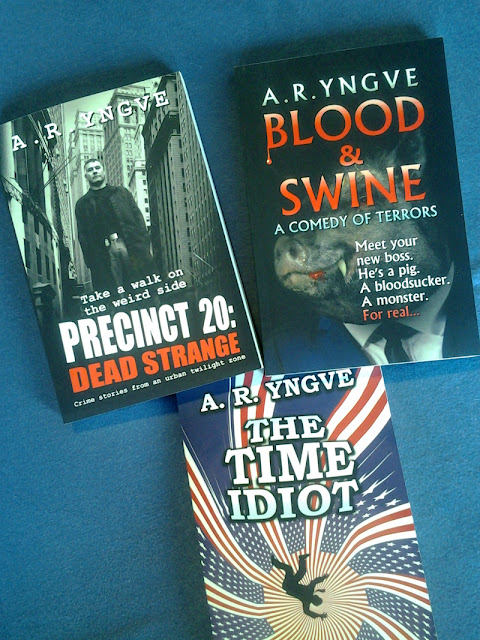 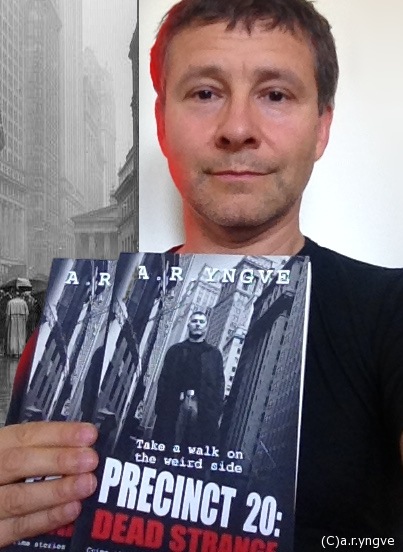 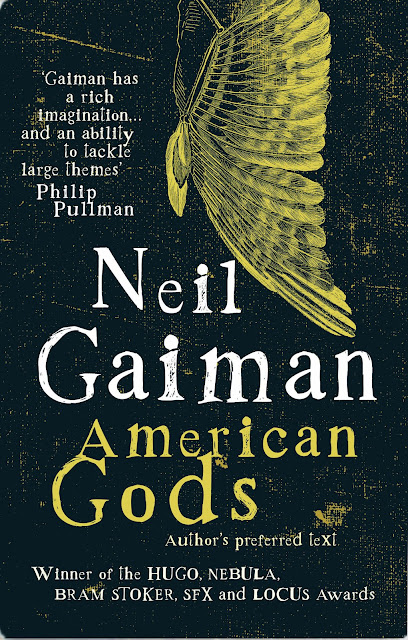 I read this novel in a Norwegian translation. (The Norwegian word for "Wednesday" is "Onsdag", so it spoils the plot early on. ;-))

The novel is very well written. The author's maturity and skill from long experience shows through (and the impressive amount of research he did). If you've seen the TV series, you must read the book.

Not sure about the ending, though. The story kept building and building... to a climax that felt a bit like a letdown. Logical, yes, but... well. You will have to read and decide for yourself.