There is a place in the city where your WORST dreams come true... where nightmares become real crimes and the killers are UNREAL. Welcome to the 20th...

PRECINCT 20: DEAD STRANGE by A.R.Yngve
A collection of weird crime stories from an urban twilight zone

"Wow! When I first opened PRECINCT 20: DEAD STRANGE I did not quite know what I was getting into. This book was like Crypt Keeper meets X-Files. A. R. Yngve took me on a journey I will never forget."
- Girl Who Smells Books, book blogger (Amazon Customer review)

"Yngve's stories bring together the relentless logic of Isaac Asimov and the unpredictable weirdness of Philip K. Dick. A fascinating read!"
- KG Johansson

This book is available on Amazon.

Book review: THE FINAL EMPIRE, Book 1 of the Mistborn Trilogy (2006) by Brandon Sanderson 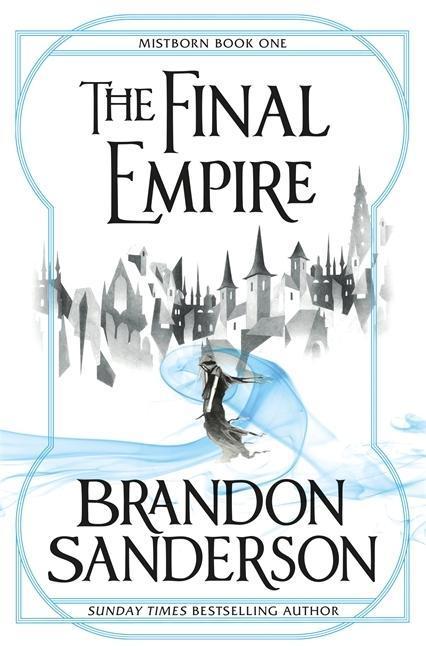 Book review:
THE FINAL EMPIRE, Book 1 of The Mistborn Trilogy (2006) by Brandon Sanderson

That I'm not a habitual reader of Fantasy literature doesn't mean I can't review such books. I know that genre literature comes with certain tropes and unspoken agreements – the hero always wins, the detective always solves the case, etc. So I don't arrive at a Fantasy novel with the wrong expectations. If the author handles the genre well within its boundaries, I can appreciate that.

So... THE FINAL EMPIRE is a badly written fantasy novel, I think.

Let me explain why.

1. If I had been 13 years old the prose would've been okay, and easy to follow. But I'm past 50... and ye gods, the writing is clunky. Overlong, wooden dialogue, manic repetition of plot points, cardboard characters, cliché on top of cliché. Everything is explained and spelled out (over and over), frequently from characters who deliver infodumps in the same flat, bland manner as the narrator.

The English used in this book is a rather basic form of Standard American English, with a modern vocabulary. The kind of ”faux high style” that is so common to Generic Fantasy is absent here. Unfortunately the author's language and use of vocabulary is also flat, unimaginative and bland.

(Try the game ”Kelsier Bingo” with your friends! Start reading THE FINAL EMPIRE and shout ”Bingo!” when you've spotted five instances of the sentence ”Kelsier smiled.” You should be able to reach ”Bingo!” in 2 to 3 pages.)

2. The plot is built on one original idea: What if the ”Dark Lord” won? (It even says so on the cover.) Which might have been interesting. However, Sanderson can only execute this idea in the most generic fashion possible. Everything about the narrative just feels... flat. Nothing shines.

You know what ”mood” is in literature? Brandon Sanderson may know it, but he cannot write in a way that creates a mood. The result is a lack of affect; I cannot get involved in this fictional world.

3. The story depends on a system of sorcery called ”allomancy,” which is laid out and described in a way that is mechanical, functional and frankly dull. ”Input X produces result Y” etc.

(I understand that in some ”fan” circles, such ”system building” is highly appreciated. The magic system in this trilogy is described in great detail on the Mistborn Trilogy Wikipedia page – make of that what you will...)

But there is no sense of the magic being in any way ”magical” – it works pretty much like in a video game. (The visual description of magical ”force lines” in THE FINAL EMPIRE is an almost perfect match of a similar ”magic system” in LEGEND OF ZELDA: BREATH OF THE WILD.)

The author had the opportunity to evoke mystery and wonder, but he does the opposite. He manages to make magic boring.

4. The relationships between characters are uninspired, failing to engage me, and the ”romance” is chaste bordering on frigid.

Considering that sex is a ”thing” in this fictional world – there are at least spoken references to love affairs, prostitution, abuse and rape – the spunky young heroine is weirdly asexual, and so are the other ”good” characters. A cloying prudery hangs over the narrative, as if the author was consciously writing for tweens or a narrow-minded audience.

The prudery stands in jarring contrast to the detailed descriptions of death, violence and torture.

5. I'm certain that a good editor could have cut the dialogue and repetitive exposition by at least a third. As it is, THE FINAL EMPIRE is bloated by excessive padding that severely tested my patience.

I could reluctantly recommend this to 13-year-old readers who are already into Generic Fantasy... but even they ought to be guided toward much better books in the same genre.

THE FINAL EMPIRE is an example of ”perfect mediocrity,” the literary equivalent of eating a Quarter Pounder with extra everything. If you want a meal to remember, you're dining at the wrong place. This book left me feeling somehow both empty and overstuffed.

FOOTNOTE: I trudged through the sequel THE WELL OF ASCENSION but had to stop halfway through. Its bloated repetitiveness and listless pacing finally overwhelmed my patience. All the flaws of the first book only got worse.

If you'd like to read some proper fantasy I would recommend – off the top of my head – writers like Fritz Leiber, Susanna Clarke, Peter S. Beagle, Tove Jansson or Ursula K. LeGuin.

Trailer for my comical novel THE TIME IDIOT...

Read my comical novel THE TIME IDIOT, available on Amazon.