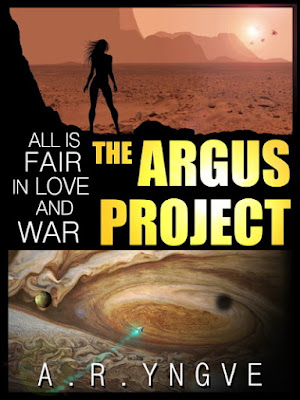 My old space-opera novel THE ARGUS PROJECT is available for FREE ebook download from December 27, 2021 (Pacific Standard Time) to the end of December 31, 2021 (PST).
Link:
http://amazon.com/ARGUS-PROJECT-R-Yngve-ebook/dp/B01N2OVKIS/
-------------
Description:
ALL IS FAIR IN LOVE AND WAR...
In the distant future, Planet Earth has become the seat of an interplanetary empire. It wages war on its own colonies to gain control of the Solar System and its precious energy resources.
Two lovers are caught up in this colossal power struggle. They join forces to win back their freedom... and each other. In their way stands the military forces of an entire empire... and the last politician.
This complete 100,000-word epic science fiction novel has previously been released as a web serial in 2001 and 2006.

Book Review: THE FIRST MEN IN THE MOON By H.G. Wells 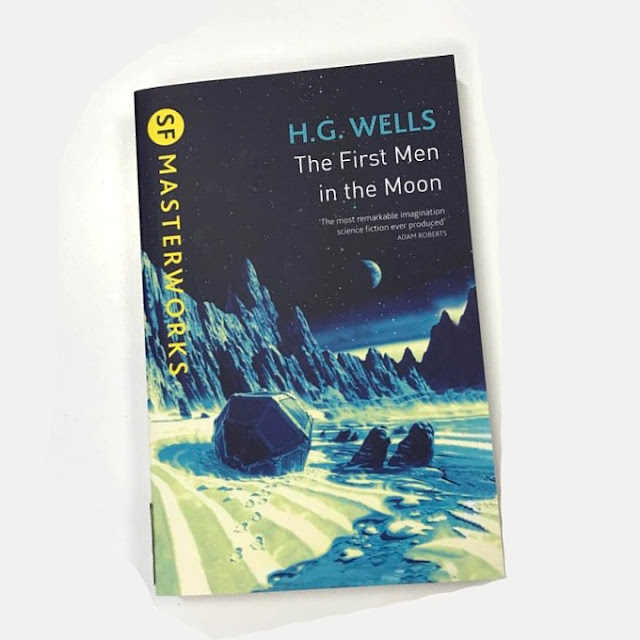 A novel that's over 100 years old...about a visit to the Moon... depicting lunar life on a Moon with an atmosphere. Is it really still worth reading?

The answer is yes. In fact this novel is imaginative, humorous, lighthearted and even satirical.

- The characters make a direct reference to Jules Verne's novel FROM THE EARTH TO THE MOON -- a "meta-commentary."

- The narrative, written as a firsthand account of "true events," mixes fantastic events with mundane details of life in the 1890s.

- The narrator is a greedy opportunist - he tags along on the expedition to the Moon only to strike it rich. In one scene, he gets intoxicated and babbles about the duty to seize control of the Moon as "the White Man's Burden." This is obviously Wells making fun of British imperialism.

- The depiction of life on the Moon, even though it is outdated, is still impressive and imaginative. It has been an influence on later stories about aliens.

- There are several ironic twists in the story to keep the excitement up.

(For example: the two men who travel to the Moon bring lots of provisions and prepare for various difficulties they might face... but once they land on the Moon, it becomes obvious that they forgot to bring a map.)

- Wells even considered the psychological effects of space travel - in a wonderful scene he depicts a kind of "space madness"!

I enjoyed THE FIRST MEN IN THE MOON, a surprisingly entertaining adventure. Recommended as a classic.

You can listen to the free Librivox audiobook version HERE.

Book Review: THE MIGHT by Siri Pettersen (Book 3 of the Raven Rings Trilogy)

I have read the original Norwegian edition of Book 1 and 2 in this series. I was thoroughly hooked, and had to read the 3rd and concluding book. (Which is no small feat! There's not much modern fantasy that I enjoy.)

THE MIGHT is not in any way a ”standalone” novel. The only proper way to read it is as the final part of the epic fantasy story of Hirka, a teenage girl who becomes a woman in her quest to survive and master a strange and often hostile world.

The brisk writing style, rich worldbuilding and complex characterizations are still as good as in the previous books. In fact, the ”shades of gray” in the characters become even subtler. As a writer, I really appreciate how Siri Pettersen doesn't settle for cardboard characters or simplistically evil villains.

For example: A neat twist among many is when a particularly nasty villainous figure turns out to be driven not by hatred or lust for power, but rather by a dispassionate, bureaucratic fixation on ”order.”

Though if you want fiery passions, bursts of magical power, epic battles, showdowns with destiny, strange imaginary worlds and great upheavals, then THE MIGHT delivers in spades. I won't spoil the ending, but I think it should satisfy most readers.

The plot element called ”The Might”, which is sort of this trilogy's equivalent to The Force in STAR WARS, was the part I found the most difficult to understand. So I focused on finding out how well it was used and depicted as a part of the story.

The plot focuses more intensely on The Might in this book, and how it might be used as a force for change. Here an overt message emerges: even in a fantasy setting, one cannot escape politics.

The Might is power, but it can't be made to vanish like Tolkien's famous rings – and people want that power to feel truly alive and free – so it has to be channeled. That's where Hirka changes from being merely a person gaining power, to a woman with a political vision – and visions are important to people, for good and ill.

It's only fair to mention that there's more sex and mature content in the third part of the trilogy, but most of it is only implied. Again, the author knows when to be subtle.

The Raven Rings Trilogy is a captivating experience with its own original vision, confidently written and very entertaining. 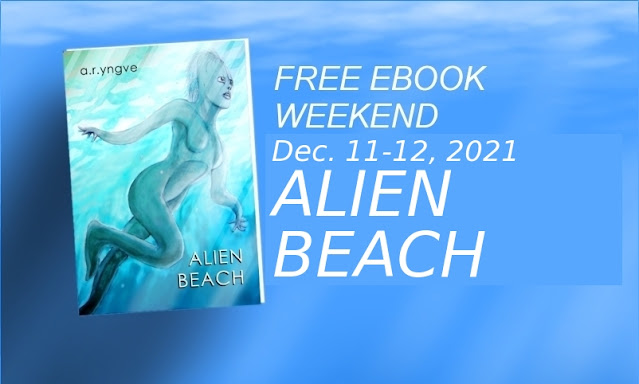 Get my old Science Fiction novel ALIEN BEACH for FREE during the weekend December 11-12, 2021(Note: Actual deadline depends on your timezone, so you may still be able to download the book on Sunday morning)Link:http://amazon.com/gp/product/B0047GMEHA/Summary of the novel ALIEN BEACH:"A VISIT TO THE ISLAND CALLED EARTH...What might have happened if aliens had visited our world, the real world, in the very recent past? What would NOT happen?On a tiny Pacific atoll nicknamed ALIEN BEACH, a group of men and women come face to face with amphibian visitors from space.They must learn to understand these enigmatic visitors, before the planet is thrown into a war that cannot be won... and in doing so, come to understand themselves.ALIEN BEACH was originally released as a Web serial in 1999."___

Take a walk on the weird side... 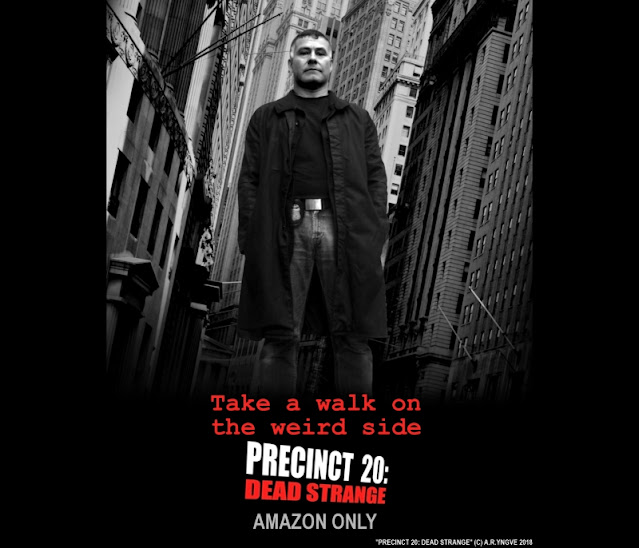 Read a sample from my "horror noir" book