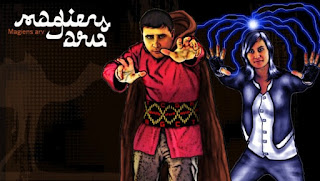 Oh, and there's a PC game too:
MAGIENS ARV - the game (with Norwegian text), for Windows PC
Posted by A.R.Yngve at 6:02 AM