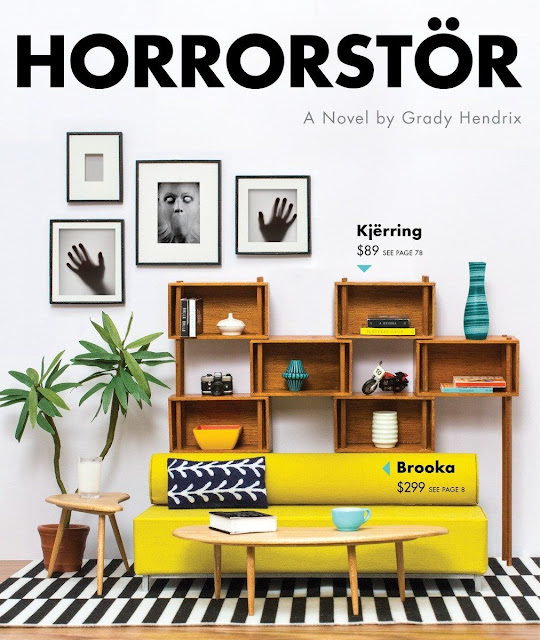 As this review is being written (November 2020), the horror novel HORRORSTÖR is being developed into a TV series, which is a good idea – it was made for a movie or a series.

HORRORSTÖR is a satirical horror tale about a haunted ”big-box” furniture superstore, suspiciously similar in design to IKEA (though under a different name).

The protagonists are low-wage workers in the haunted store. They're trapped in limited means, feeling lonely, frustrated and exploited. Their employer corporation condescendingly calls them ”partners” – only one example of the mind-numbing corporate jargon this novel pokes fun at.

These working-class protagonists are very human and relatable; none of them turns into a comic-book hero or disposable moron. When faced with supernatural terrors, they react and behave in a credible manner.

Parts of the book (including the hilarious cover design) are direct graphic parodies of an IKEA catalogue – with furniture names like ”Kjërring” and ”Arsle” (check what they mean in Swedish!). The book is worth having for these pages alone. 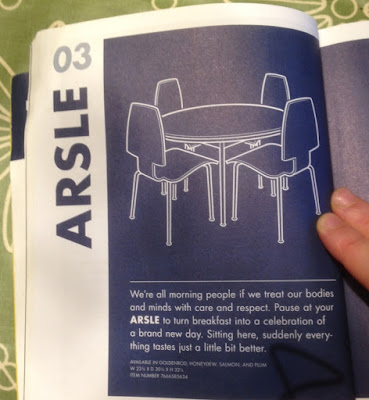 Since I've shopped at IKEA many times – and who hasn't – I immediately recognized the settings and details that are parodied and subverted in HORRORSTÖR. I get the subtext about modern stores being designed to ”imprison” consumers and workers in a controlled, false reality.

The story delivers laughs and sympathy and a good deal of horror – there is some gruesome violence – but even so, the author seemed to be holding back the social critique just a little (or maybe it seems that way from my Swedish perspective). The ”story beats” seemed a little too tailor-made for a movie.

While the novel does succeed as horror and satire – and social critique – I wish it had dug deeper, been less ”functional” and tried to be more daring. I can't say it truly surprised me at any point.

Anyhow, I look forward to the TV series. HORRORSTÖR is recommended for horror and satire lovers – and anyone who ever got sick of wandering around in an IKEA store without finding the exit.