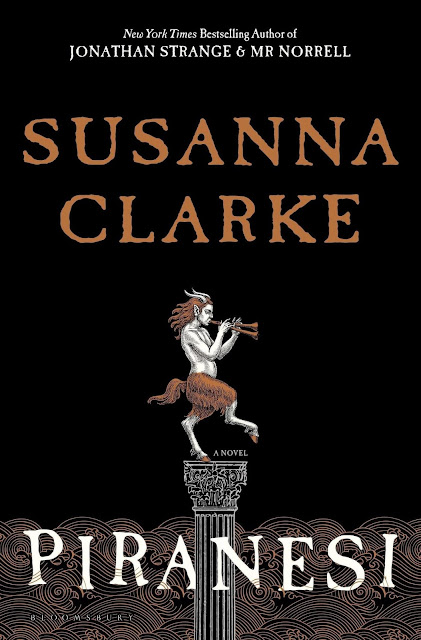 The protagonist of the novel PIRANESI lives almost completely alone, in a dreamlike, alternate reality he calls ”the House.” It is a self-contained universe of classical architecture – an endless building of halls, statues and staircases. 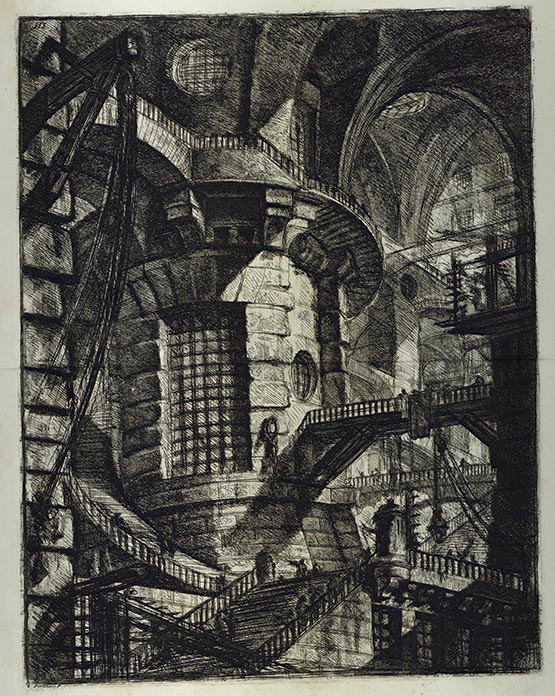 One of Giovanni Piranesi's "Imaginary Prisons"


Our protagonist is the unreliable first-person narrator of this story.

The reader will quickly figure out that the protagonist has lost his memory and perhaps his mind. The narrative follows his quest to figure out how and why he got into the House, and the reader is often one step ahead of the protagonist.

The style of Clarke's writing in PIRANESI feels ”classical” – restrained, observing, reminiscent of late 19th-century / Edwardian literature. When modern language suddenly sneaks into the narrative, the effect is jarring – intentionally so – and you get a sense that the House has somehow altered the protagonist's personality – this must also be intentional.

This style evokes a certain ”detached,” yet unreal mood – reinforcing the effect that the narrator has lost connection with himself.

This may sound unpleasant, but the narrator seems quite happy living in this strange, depopulated world. (In an interview, Susanna Clarke herself said the novel is supposed to offer a positive vision.)

I think PIRANESI can be read as an allegory about recovering from a mental breakdown, or perhaps an allegory of the human mind as an ”imaginary prison.” The protagonist's interior life is turned into the ”landscape” of the House, which he navigates on his journey back to connecting with other people.

You may of course just read PIRANESI as a beautifully composed fantasy novel. It is perhaps not the most original or ”edgy” story I've read, but the craft of the writing and story is impeccable. You enjoy the novel not only for the story and the setting, but also the ease of reading it.
(And that's no small compliment! There is so much fantasy I can't stomach because it's badly written.)