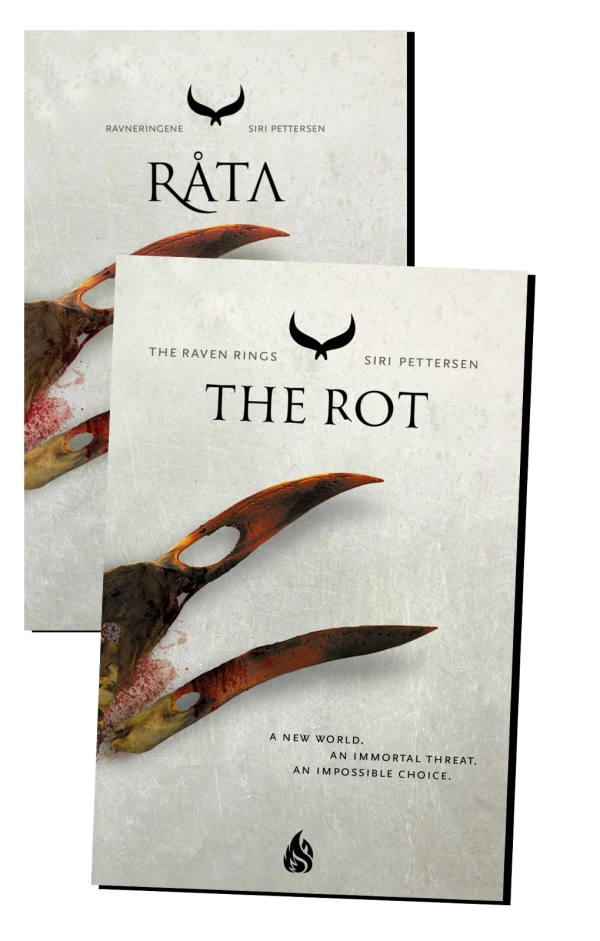 I have read the original Norwegian edition of Book 1 in this series (see my review of it HERE) .... and it was so good, I felt compelled to read Book 2 as well.

Instead of spoiling the plot – which moves very rapidly, almost like a thriller with fantasy elements – let's focus on what's going on underneath the surface.

I would say it is mainly about the protagonist Hirka maturing. She goes from merely surviving and being hunted to actually taking charge - and in the process of maturing, she ”gets her hands dirty.”

She has to fight, kill, deceive, make hard choices, think ahead, accept unpleasant truths about others and herself, and figure out what she really wants. She realizes that the line between good and evil is not always easy to see, that people are complicated, emotions are messy, and she comes to seriously doubt what she knows.

These are all good metaphors for coming to terms with adult life.

Another major theme is confronting the ”alien” - for example, strange beings that are thousands of years old and may be impossible to understand. But also when Hirka visits our ”real world” and experiences it as alien, afflicted with some deep sickness or lack.

There's also an interesting subtext about religion in THE ROT that I don't want to spoil by telling too much. Suffice to say, quite a lot is going on between the lines there.

The only part of THE ROT I struggled with was how the magical qualities of the fantasy world related to the ”real world” that Hirka entered. Why precisely was there less magic in the ”real world” than in the fantasy world she left behind? I wish that part had been a bit easier to follow (but then, I'm not used to reading modern fantasy literature).

This is obviously the second part in a trilogy, and with that comes typical ”middle-of-the-story” issues. You have to have read Book 1 first to make sense of Book 2, and you are expected to read Book 3 afterwards.

THE ROT reads like a tense ”urban fantasy” thriller with many surprises and plot twists. It gets quite dark and violent – but definitely not boring.

I wholeheartedly recommend THE ROT - if you have read the first book in the series. (I will have to read Book 3 to see how the story works out...)