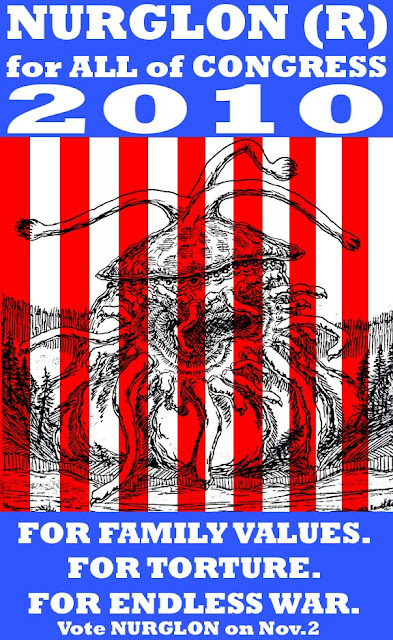 In related news, talk radio host Rash Limburger has accused Nurglon of being "soft on terrorism" and a "Republican in Name Only."
Posted by A.R.Yngve at 5:50 AM